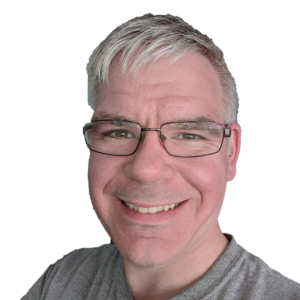 I’m a public sector IT Administrator, specializing in configuration management and mobility.

My wife got a Peloton! Oh boy.

I’d make fun of her, but I have a FightCamp bag setup in the basement that features on every videoconference I’m in now.

I didn’t know you needed special SHOES to ride the bike!

I wear Size 15 shoes (14 in a running shoe), so it’s not like Peloton sells my size shoes anyway. If I want to ride “with” my wife, I’ll have to find my own shoes, and buy a toe cage to strap onto the bike pedals.

What Progress? I’m stuck in neutral, still at 338 lbs.

This is a big month for me to resume progress, especially now that my wife’s Peloton usage is going to help push me.

I’ve been researching strength training programs to go along with the FightCamp workouts. I’ve always, always struggled with weight training, even through my first time losing 150lbs (Yeah, I’ve done all this before).

The Limbic Leap: The Kids Sleeping Even LESS Now Through the Emotional Milestone

Our 4yo twins entered their Limbic Leap.

So yeah… parenting’s been fun with two of these lately!

For parents like us who only have about 2-3 hours a day of “us” time, including time to do housework and such, this is devastating.

After the morning workouts and shower, and getting the kids’ lunches ready, there’s no longer downtime before the kids are up.

AZ-104 Study — continuing. I’ve started to write up notes on every single subject covered in the exam, with the intent to blog on every subsection. My exam date is July 30, but I may reschedule that.

One big exam issue: I’m not sure where in this townhouse I’ll actually sit for the exam online. Testing centers are all still closed due to COVID restrictions, and to do it online, you have to be in a room enclosed by a door.

In this house that covers only 2 rooms — my bedroom, which will never be clean enough to sit for a Microsoft Exam — and the kids’ bedroom.

My desktop computer is in the basement, which won’t work for the exam.

I’d probably have to stick a folding table in the kids’ room and use a laptop. But mainly I’m just crossing my fingers that the testing center at Brookdale Community College opens up before then.

Tech Stuff – What I’m Working On

This month it’s been my Polish side. I got contacted by a DNA match who was able to expand my great-grandfather’s Polish side of my tree.

As a result of finding that GG’s immigration records, I found an error in my great-grandmother’s Polish ancestry, too.

I initially thought her village in Poland was Zieleniec, in Lower Silesia. Both great-grandparents came from “Austrian Poland” (Galicia), and it was the closest village name I could find in that area.

Turns out I was wrong. My Great Grandfather’s immigration record was specific about the spelling, so I found a Library of Congress document that put the village, Zieleniów, not in Lower Silesia, but in Rohatyn.

That means she endured some real bad stuff.

And she was one of the “lucky ones”, out by 1910. “All” she had to deal with was a crippling famine and inheritance laws that made family farmland very difficult to hold onto.

After she left, the area was ravaged by World War 1, then by ethnic strife between Poles and Ukrainians, then ravaged again by Russia in World War 2.

I also stumbled onto a Polish webpage dedicated to the village’s Polish history. A fantastic, but deeply bittersweet find. It details some of the horrible conditions people had to endure in Inter-War Poland leading up to Nazi invasions.

Even if I wanted to “go back to my homeland” or whatever, there’s nothing Polish about it anymore. Stalin of course wouldn’t have allowed that — after the area was annexed, the Poles were forcefully resettled, the village destroyed and rebuilt (see the webpage link above).