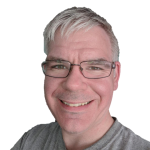 Microsoft seems to be pushing us towards Win32 apps over Line-of-Business Apps.

However, Win32 apps are in .intunewin format, which require a few extra steps.

Let’s go over a quick rundown on how to prep one of these .intunewin files.

Why You Should Consider Win32 Deployments, Even For MSI Files

As Scott Duffey noted above, it looks like Microsoft is releasing newer app management features for Win32 deployments, but not for Line-of-Business deployments.

Plus there are a few other improvements, even if your installer runs from an .msi, which is what LOB deployments support.

Also, have Microsoft’s prep guide handy in case your app requires some atypical sort of setup.

If you don’t specify command line arguments, a command prompt will pop up to ask you for the info it needs:

Give it the folder your install files are in.

Give it the name of the installer to run.

Give it an output folder to put the .intunewin files in.

Type “N” to not specify a catalog folder, as it’s not used for installations like these (most people won’t need it).

What If Your App Requires More Than One Step?

Maybe your app requires a separate step after install to license a product. What to do then?

Here are two common options in the MEM community:

Option 1: Create a Batch File, and Specify the Batch File as the Installer in the Win32 Content Prep Tool

This should work for most people. Specify your command line arguments that you need, or any other steps, within the batch file.  The .intunewin installer will just run the batch file.

Option 2: Use the PowerShell App Deployment Toolkit for Even Further Customization And Much Better Logging

The PowerShell App Deployment Toolkit is awesome, and I would highly recommend it for any deployments beyond the simplest ones.

Instead of a batch file, it installs apps via a PowerShell script.

It includes built-in enhanced logging for deployments, which helps handle a weakness of both Intune and Configuration Manager.

This blog article written in 2015 is still a perfectly-valid tutorial on how to prep an app using the App Deploy Toolkit.

In short, you would tell the PowerShell Script to run the installer, and then run any steps after. The Win32 Content Prep Tool would be told to run Deploy-Application.ps1 as the installer.

The PS Script would take care of the rest.

What If You Have to Extract The Contents of A .intunewin file?

Oliver Kieselbach created the IntuneWin App Decoder, which is over on his GitHub.

His accompanying blog post on the tool is here.

Uploading the App Into Intune

I’ll create a separate post on the different options available when creating the Win32 deployment.

Some of the options are different, including the Supersedence section that’s still in preview.